The SaaS HCA Index, measured on a simple ARR multiple (median) across 19 listed Danish SaaS companies, stabilized at 4.6x ARR by the end of November from 4.5x ARR by the end of October. Note the index shows the development over time for the sector, using the latest reported ARR numbers for 19 companies, and almost all companies have been tracked for at least a year (the latest SaaS IPO was in December 2021).

From a macroeconomic perspective, the US 10Y bond yield decreased from approx. 4.05% by the end of October to approx. 3.60% by the end of November. Following larger increases in earlier months with negative effects on growth shares, the recent decline in the yield has had a positive effect on the stock market in general, yet not the US SaaS sector according to The SaaS Capital Index. The negative development in November can be explained by the Q3 earnings season, as most US SaaS companies’ new expectations were below market expectations, leading to larger share price declines across the sector.

Across the Danish SaaS sector, we have seen cost adjuments and more cautious management comments due to the macroeconomic uncertainty as well as the limited access to raise new capital. With more focus on capital allocation, growth rates for both Q4 2022 and 2023 are more uncertain. Furthermore, we have seen that some of the Danish-listed SaaS companies have to deliver strong Q4 results to reach their 2022 guidance range. 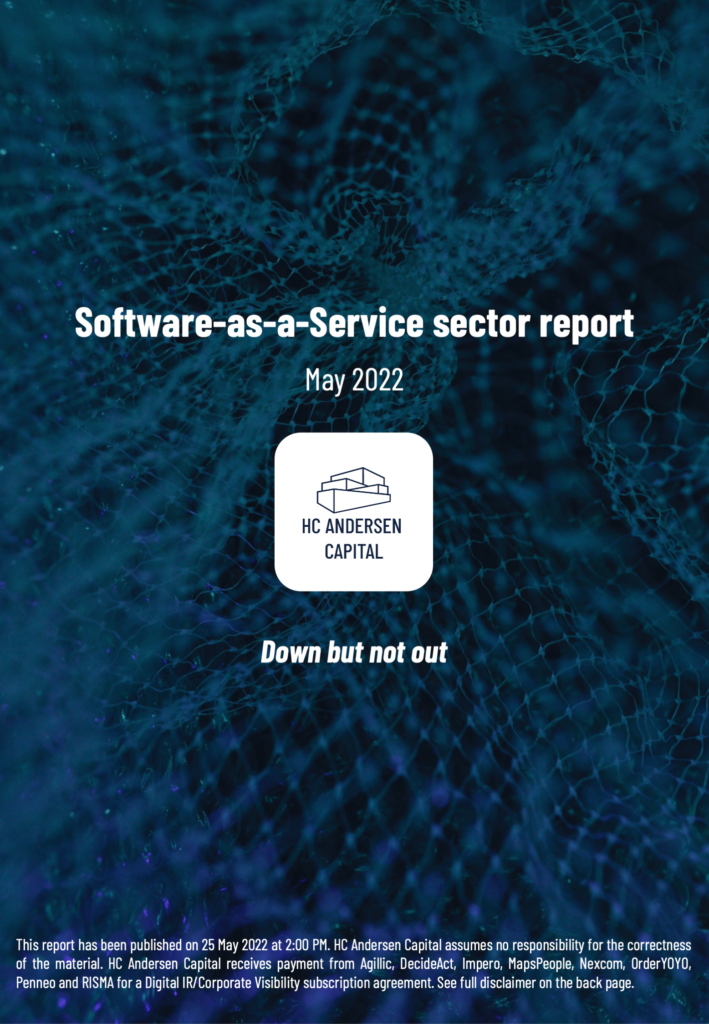 Software-as-a-Service report – May 2022
In our Software-as-a-Service (SaaS) report for May 2022, we provide insights into the SaaS business model, market trends, valuation perspectives as well as deep dives into the Danish SaaS sector, which has been built up during a hot IPO market in the second half of 2020 and 2021. We have outlined several key SaaS metrics and parameters that investors should follow and benchmarked the companies across the Danish SaaS sector. Finally, we are presenting the investment cases of 8 Danish-listed SaaS companies (financials, key SaaS metrics, valuation perspectives, investment reasons, and risks), which are paying clients from a Digital IR/Corporate Visibility agreement.

Key takeaways – down but not out
Following record-high valuations in 2021, we have observed a sharp decline in valuation multiples to levels below pre-COVID, which has been dragged down by increasing interest rates and fear of slower growth rates. However, long-term double-digit growth rates are expected to continue supported by secular growth trends such as the ongoing digital transformation, automation, and optimization of resources. Thus, current entry levels look interesting for investors with a well-diversified portfolio tripping to get exposure to the software sector and scalable SaaS business models.

Disclaimer: HC Andersen Capital receives payment for a Corporate Visibility/Digital IR subscription agreement from several of the companies that are included in the report.